In the first part of this series we looked at how to predict aggression and how it can turn to actual physical violence. In this article we will look at ways of diffusing that behaviour so that the attack does not take place.

It is naturally just a part of the job for a door supervisor to encounter aggressive behavior from time to time. In fact, rude, insulting and antagonistic behavior towards door supervisors is so common that in many instances it is actually better to ignore the surface actions of the aggressor, rather than add fuel to flame so to speak. Experience of the job, and understanding the context of a person’s aggression will give you the tools in order to gauge this.

Occasionally however, a person’s behaviour will go beyond what can be classed as acceptable or understandable levels of aggression, and a door supervisor will have no choice but to react.

This reaction can either be an attempt to diffuse the situation, or it could be steps towards controlling or even defensive measures against the aggressor if circumstances have escalated in a way that requires such. Whichever measure is chosen, it is vitally important that a door supervisor is able to control their own aggression. A rational approach is far more effective than one where door supervisors have become angry and aggressive themselves. By all accounts this would be a sign that they have lost control. 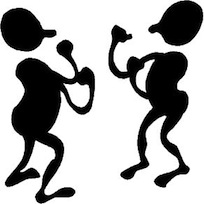 Wherever possible, it is better to identify ways of diffusing the aggression in order to avoid such encounters from turning into confrontational situations. For example, simply telling someone that they have had too much to drink as they join the end of the queue rather than leaving it until they have finally reached the front of the line before refusing them entry, is a much better approach.

Door supervisors should equip themselves with pre-planned answers to common sources of conflict. If you are confident with your knowledge of house policies, and areas of the law that are relevant to the establishment you are working for, you will be able to perform your job all the better. Furthermore, by having answers to people’s complaints and a reason for policies that they might not understand or agree with, will help solve potential conflict before it has a chance to escalate.

Either party in a confrontational situation can provoke the other to state of aggression. It is quite possible for a door supervisor to handle an encounter badly by acting unsympathetic, rude or even threatening towards a customer. This can in turn provoke an aggressive reaction, and the situation can spiral out of control.

One of the most important tools a door supervisor has to prevent a situation turning aggressive, is good communication skills. Being able to placate a person appropriately will help diffuse aggression better than any other tactic.

A good approach for a door supervisor is to weigh up each situation with a set procedure, that allows them to alter their actions depending on the level of resistance they are experiencing against them. For example, if a customer refuses to do something when first asked, it would be unreasonable to use physical force immediately. Steps have to take place before that becomes an option.

R E A C T is an important pneumonic that all door supervisors should remember. It forms a useful guide on how to exert control during an encounter or conflict.

This first stage is quite simply where the door supervisor will ask a person to comply with a request. This could be to leave the premises, move from an area, put out the cigarette etc. Very often a person will do exactly what they are told and the situation will end there. However, some will refuse or will want to argue their point, (especially if asked to leave) in the hope that the security officer will change their mind.

The customer may not understand the request, or may not fully understand the reasons as to why he has to abide by it. In such circumstances the door supervisor should explain the reason for the request. As stated earlier, here the door supervisor should know the house policies and particular rules inside and out, so that he can convincingly explain to the customer as to why the request has been asked.

If the customer should continue to refuse to comply, before resorting to any kind of physical action, the door supervisor should repeat the request and appeal for the customer to do what has been asked. This should then be affirmed by explaining exactly what will happen if the customer is non compliant. ie, explaining that they could be physically removed from the premises and in appropriate circumstances that the police might be called.

If even after all of the above, the customer continues to act belligerently there is one more step that the door supervisor should take before resorting to physical force. That is to confirm that the customer understands exactly what is about to happen, and then in a defensive attempt to give the customer a final chance to back down. This can come in a phrase such as: “Is there anything I can say to you that will make you co-operate?”

If the answer is no, the door supervisor clearly has no choice but to take physical action.

This means acting in an appropriate manner depending on the customer’s breach of house policies. If the customer has to be physically removed from the premises, a door supervisor should summon the assistance of his colleagues and eject the person using the minimum force required to do so. With extensive CCTV cameras in place in licensed premises, and legal issues surrounding the use of physical force, it is important to only use that which is reasonable and necessary.

Remembering REACT will help you as a door supervisor take all the necessary steps to diffuse a potential aggressive confrontation. If you have attempted to communicate with the customer on these terms and they still persist in non-compliance, they will have no standing in trying to allege that they were not given a chance before the resulting action was taken.

If you are a door supervisor/security officer and have your own experience and comments on how to diffuse an aggressive situation feel free to leave a message below.