Cash-in-Transit Security Guard catches Robbers before they can Act

The pair were seriously armed with an axe and machete and seemed intent on committing the robbery before they were foiled by the security driver.

Johnzeb Anwar and Asad Quasim had face masks and balaclava when they were caught in the car park of a Lidl Supermarket in Bordesley Green.

The cash-in-transit driver became suspicious when he noticed their green Peugeot car, as he had seen the same car parked close to his van between February 8 and 15 this year.

The security guard called the police and his instincts were correct. After a quick search the police found the haul of weapons on the 19-year-old men.

Quasim, of Ward End Park Road, Washwood Heath, was jailed for eight-years after pleading guilty to conspiracy to commit robbery and a firearms offence.

Anwar, of Ludlow Road, Alum Rock, was jailed for eight-and-a-half years after also pleading guilty to a charge of burglary.

This proves the importance of be aware of your surroundings as any type of security officer. This particular cash in transit security guard, from a mixture of training and experience had noticed the suspicious activity weeks before the 2 teens were about to commit their crime.

If the guard had not the skills to notice and remember these details, the news story we are reporting could have been very different indeed. Who knows how far the teens were willing to go when carrying an axe and a machete. The cash in transit officer reported his suspicions and the decision to do so may very well have saved him from serious injury.

The criminal law issue involved here is an interesting one. Judge Roderick Henderson concluded that the pair had planned to rob the security guard, but had got cold feet.

“You were planning to rob him in due course,” said the judge, “but it makes a significant difference that you did not do it.

“It seems to some extent you got cold feet and may never have done it.” 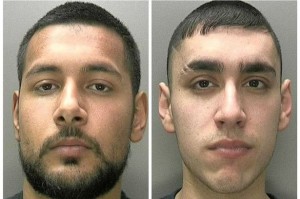 Although the pair did not carry out the crime, there was criminal intent at some stage, and that proved enough for the Judge to pass quite a significant sentence – eight years in a young offenders institution.

The judge explained the aggravating features in the case.

“When the police got there the two of you were found in that car with a 20 inch blade, an axe and BB weapon, gloves, face coverings and a balaclava.”

As we have already stated – if the pair had gone through with the crime, the circumstances could have quickly got out of hand considering the weapons they had brought with them.

Harbinder Lally, the solicitor representing Anwar, said the 19-year-old had got into problems with a drug debt and that is why the robbery was planned. “He went off a slippery slope and got involved in Class A drugs.” The solicitor explained.

Dean Kershaw, the solicitor representing Quasim, said: “The was clearly a drug debt owed but it was his choice.” Again the fact the crime did not take place is an overriding factor in the outcome. “Someone had a re-think and thought, “this is wrong, we can’t do this.” The lawyer said.

For the sake of the cash-in-transit driver they were targeting, it is a very good thing that they did not.