It is nice for us to report on a security guard story that doesn’t involve either the security guard carrying out a particular misdemeanor while on the job, or being attacked in some way, (read our latest security officer news updates to get an idea of what we mean.)

Earlier this month a security guard’s quick thinking stopped a serious drink driving accident from potentially taking place. The guard was working at Croyde’s RUDA Holiday Park where the incident occurred on the 4th of September.

The court heard how the Sean Fitzpatrick, 44, of Sewall Highway, Coventry was prevented from leaving the holiday park because the security guard had pre-empted the man’s actions.

The guard, after being called to a scene via a noise complaint, found Fitzpatrick arguing with his partner.

The security guard calmly asked Fitzpatrick and a woman, who had both been drinking, to quieten down. He then later received another call stating that the drunk man had got into a car and started driving away.

The guard went straight to the main gates and locked them, preventing Fitzpatrick from driving away. The security guard then forced Fitzpatrick to hand his keys over before calling the police.

Although a bold move by the security guard, his pre-emptive actions clearly helped avoid any more serious crime from taking place.

Even Fitzpatrick was pleased with the guards actions: “if it wasn’t for him I would be up the M5 and off to Coventry.’” The police heard him say.

A breath test showed Fitpatrick had 78 micrograms of alcohol in 100 millilitres of breath. The legal limit is 35.

As we say, we would like to report on positive news stories from the security industry a lot more. Every day security officers around the UK go about their jobs professionally, their experience helping make the public safe. Unfortunately, these stories of working security guards often go unnoticed. Some may argue that it is all part of a security guard’s job. While true, it does not mean we should not highlight when a guards actions help prevent crime as well as catch it in the act.

Here a security guard may have stopped a drunk driver from mowing down an innocent victim with his car. An excellent outcome we think you will agree.

Due to the fact Fitzpatrick has had a history of drink driving offences, sentencing may be more severe. Sentencing will be held at a hearing on October 24. 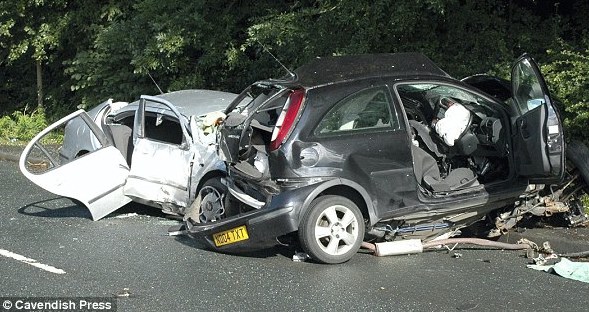 An image of what could have happened if the security guard had not acted the way he did.