If you are a security company and your CCTV infrastructure is out of date, or maybe you are a CCTV SIA trained operator, and working in conditions where the technology clearly needs up dating, take heed of this particular news story and sort the situation as soon as you can.

Today, Police in Kent have reported that an investigation into a theft from a station car park has been obstructed by the fact the CCTV footage was recorded onto VHS.

The now extremely out-dated technology meant that all footage from cameras monitoring Headcorn petrol station and its surroundings was of too poor a quality to be used in the investigation.

The situation came to light after company director David Hart reported the spare wheel on the back of his Land Rover had been stolen. 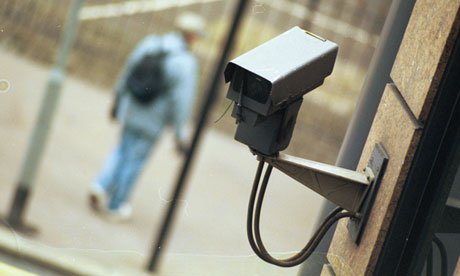 After reporting the crime, the police obtained the CCTV footage only to discover that it was mostly unviewable.

Although Mr Hart was not worried about the stolen spare wheel, he did state concern at the fact the CCTV was in the state that it was. If something more serious had occurred, such as an assault or worse, the CCTV security in place would not have helped at all.

“You are under the impression you are safe because of these cameras but you are not. It is a joke.” Mr Hart said.

In a reaction to the report, and public reaction, a Southeastern spokesman has said an up-to-date DVR – high quality digital – is due to be installed in the coming weeks.

The spokesman also said: “We are currently in the process of updating CCTV across our network.”

“While Headcorn has yet to benefit, we are confident the system in place captures footage that can be used to help investigations, and that the presence of the cameras provides a more secure environment.”

A British Transport Police spokesman said: “Unfortunately, we have experienced issues with the CCTV at Headcorn station, and were unable to view footage from this incident.

The lesson to learn here, is that if you do not keep your CCTV equipment up to date, it is more or less the same as not having any CCTV equipment at all.

The police require usable footage that is as clear as possible. With today’s CCTV technology you can certainly obtain superior security footage that can be used in a police investigation to successfully secure a conviction. Coupled with the operation of a qualified CCTV security officer, and you can have a sophisticated security monitoring system.

VHS recording does not have a place in this equation anymore. As this event so plainly demonstrates.

For more information on this story, head to Kent Online: