Armed robbers stole £6,000 from a Cash-in-transit security guard. The G4S worker was confronted by the robbers, one of which was wearing a mask and carrying a gun.

G4S cash-in-transit security measures meant that the bank notes were stained with a red dye that was released as soon as the cash boxes were opened.

Andrew Fellows, aged 49, Tina Richards, 49, Tyler Friths, 24, Michael Miller, 27, and Dadlin Sutton, 24, all admitted to being part of the crime at a previous hearing.

Wolverhampton Crown Court was the scene of the prosecution yesterday, with the court hearing that the security guard was collecting money from the Bell Inn public house on April 8 2013 when the robbery took place.

The security guard could do very little in the face of armed gunmen, and the security cash box was handed over.

The robbers got away in a Seat that was subsequently found in Fellow’s garage. Cash from the robbery was also found in the home of Fellows and Richards, in Cypress Way, Yew Tree, in Walsall. A black balaclava and a pair of gloves were also found at the home.

Armed robbery of a cash-in-transit security guard does not seem worth it from the perspective of robbers, however these crimes continue.

With G4S cash box security measures making the money unusable, and with the volume of money being relatively small, the consequences of being caught far out way the benefits of the crime.

For their actions, Judge Michael Dudley jailed Fellows for 28 months. Richards, Friths, and Miller, a Birmingham University student, were all jailed for 18 months each. 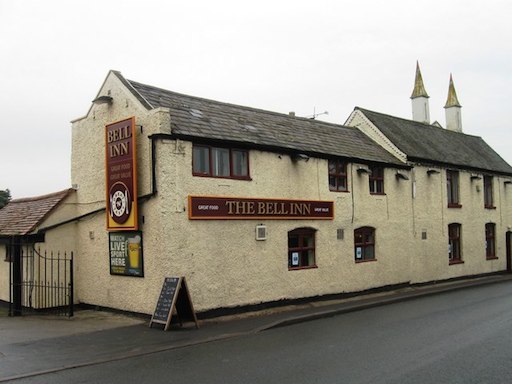 The police caught the individuals on the very same day the robbery of the cash-in-transit van took place. When Sutton was searched the detectives found £1,200 of dye-stained cash.

Mr Simon Williams, defending Fellows, stated that the man was remorseful about the events. “It would appear that his strongest mitigation is his guilty plea.”

Again, crimes like this high light the need for as much security in cash-in-transit as training and technology would allow.

When a gun is put to a security guard’s face, they clearly should comply with whatever demands are made.

It is then up to the technology such as cash staining security boxes, CCTV cameras, (on the van and on buildings cash-in-transit officers are likely to operate, and of course police response time.

In this scenario it seems as if all these facets aligned very well indeed. The robbers were caught and convicted of their crimes, and importantly the security guard came out unharmed.