A Sports Direct security guard has been sacked after he allegedly barred a group of Jewish schoolboys from entering and stating: “No Jews, no Jews.”

The alleged incident happened at the Hertfordshire branch of Sports Direct recently and is now being reported in the local press.

The two 11-year-olds were in their first full week of school at Yavneh College in Borehamwood. Their solicitor father has released a statement telling of the damning actions of the security guard, with the incident being treated as a hate crime by the security guard.

A director at Sports Direct named Simon Bentley has apologised to the family.

The incident has been reported to the police and to the CST, an organisation that represents Britain’s Jewish community and tackles anti-Semitism.

Race crimes such as this do nothing for the security industry at all, and are very harmful to the reputation of security guards across the board. There is no room in any security role for attitudes such as those allegedly exhibited here.

The evidence is being considered by the CPS; if they conclude that the security guard has carried out a hate crime, he will be prosecuted.”

“All hate crime is a matter for the Police,” the solicitor father of the two children said. “Have faith in the system, which is inherently good, and seeks to protect those who are being wrongfully and indiscriminately pursued.” 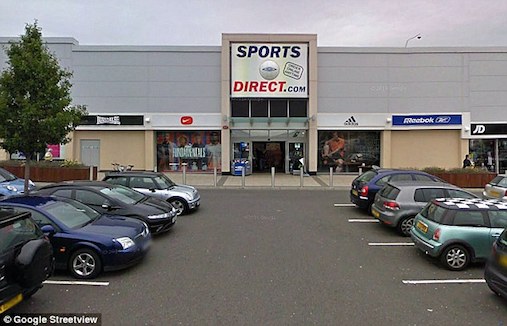