More CCTV cameras have been used along the UK’s rail networks a statement from Northern Rail has been released today.

Over 200 CCTV cameras have been installed in stations across the rail network, increasing security and the safety of the public to a large degree.

Over a 10 year period, Northern Rail have increased the amount of CCTV cameras being used by 58%, a trend seen right across the UK when it comes to CCTV security.

What does this mean for CCTV operators, and those looking for careers in the security industry?

Well unfortunately, the CCTV cameras installed by Northern Rail are unmanned, meaning no extra jobs beyond that of CCTV installation have been created as a result of the increased security measures.

However, the real winner here is clearly the public. Having recently installed a large batch of CCTV cameras through out the North East, Northern Rail are taking a leaf out of Network Rails books and really putting security at the forefront of their priorities.

The company boasts that by developing an in-house CCTV security solution, they were able to bring costs were significantly reduced and more systems have been installed as a result.

Martyn Guiver, Northern Rail’s Head of Crime Management stated: “To reach a total of 200 stations now offering peace of mind for both customers and staff, is a fantastic milestone. Many of our stations are small, positioned on rural and isolated routes, and CCTV brings a level of security we wouldn’t otherwise be able to provide.”

The company also states that since the installation of all of these CCTV cameras, crime along the network has been reduced by 55%.

Although, the increased CCTV security along the railways will not have an impact on security officers looking for work, it does show that the UK’s ever increasing reliance on CCTV as a security measure, means that becoming an CCTV operator is definitely a worthwhile career choice.

There will always be jobs available in the ever-expanding security industry. 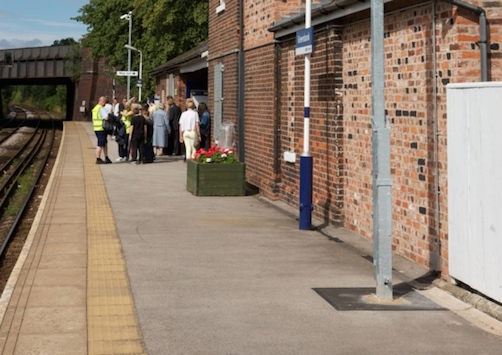