A story is making the papers today of a security guard that has completely abused their position of trust. Using airport security searches as a chance to grope women, security guard Mark Benson, 51 from Leeds was sentenced today.

The offender tried to kiss and grope his victims as he carried out searches at Leeds Bradford Airport.

The court was told that Benson would even place his hands inside their clothing. His crimes were also against fellow workers, with the ‘hyper-sexualised’ security guard making unwanted sexual advances to female members of staff in locker rooms. 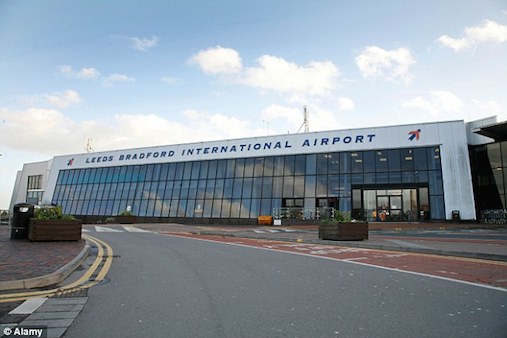 Two victims were tricked into supplying Benson with their mobile phone numbers, which he then used to send sexually explicit messages.

It seems the security guards actions got more out of control as time went on. On a road to self-destruction, he acted in a way that could only bring about his downfall.

He told one of his victims that he, ‘’knew she wanted it’ before suggesting they went someplace without CCTV cameras.

Undaunted by the fact the woman was not interested in his advances; Benson unzipped her coat and tried to open her blouse.

The court heard how one victim needed counseling after her ordeal.

The security guard initially denied all allegations, stating that they were made up. The defending solicitor, Tony Kellbrick stated that, ‘For reasons he can’t explain he has become hyper-sexualised and he is not willing or able to admit it.’

With the all the evidence against Benson, sentencing was straightforward. The security guard has been sentenced for 70 weeks in prison yesterday after pleading guilty to seven offences of sexual assault.

The judge said that immediate custody had to take place as the offences were too serious to be dealt with by community punishment alone.

Benson will also be placed on the sex offender’s register for two years.

What this incident shows is that having a position of responsibility within the security industry can never be abused. Benson clearly had greater psychological issues at play, however, the fact he was a security guard, gave him a way of getting physically close to his victims.

In this instance, the security guard’s actions were so blatant he had to get caught. However, in more subtle situations a guard could get away with sexualising their body search methods, and not be discovered.

Victims are embarrassed to come forward if they think they have been groped while searched – they put it down to an accident.

If foul play enters the security industry at any level, it can tarnish it. It is up to the security officers that carry out these duties, to ensure that standards remain the highest they can be. If you know of any one who abuses their position as a security guard, you have to make efforts to put a stop to it.